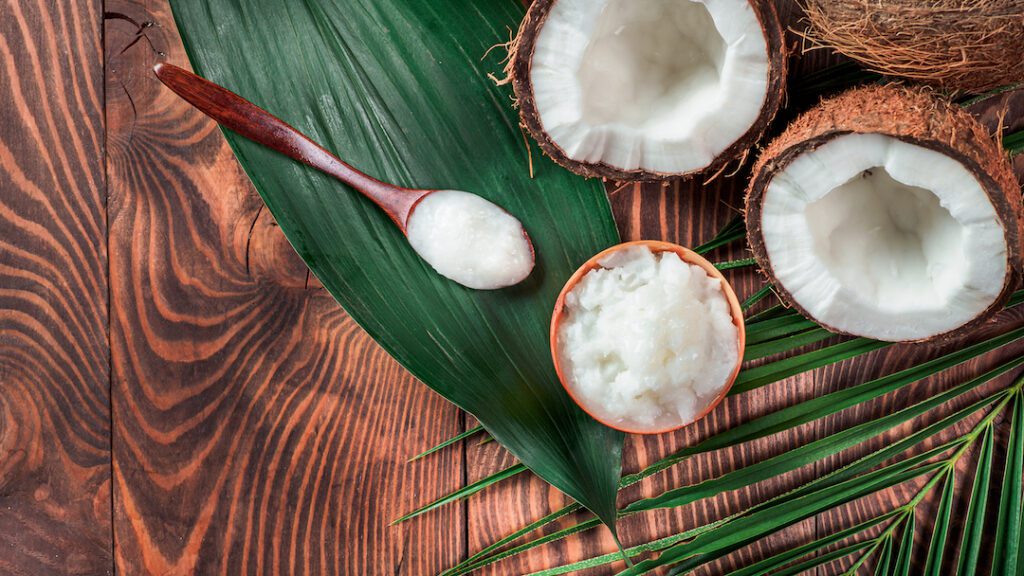 We all need help when it comes to our health. Very few health products have the ability to increase health on multiple levels while supporting weight loss, muscle recovery and physical endurance. MCT has the ability to do this which is why it’s such a popular supplement for the everyday person, athletes and body builders.

What Is MCT Oil?

MCT is a healthy form of saturated fatty acid. It stands for medium-chain triglyceride oil which are medium-length chains of fats called triglycerides. The molecules in MCT are smaller and easier to digest than the longer-chain fatty acid found in other food. This means you absorb it into your bloodstream faster where it converts to energy for our immediate use.

Fats are generally categorized based on how many carbons they have. Short- chain fats like butyric acid has less than 6 carbons, medium-chain fats have somewhere between 6 and 12 carbons while long-chain fats like omega-3s have anywhere between 13 and 21 carbons. Because MCTs are shorter in length, they’re easier to break down. This is why they are absorbed faster. No enzyme is needed to break them down, so they go directly to your liver, where they have a thermogenic effect, speeding up the metabolism.

There are 4 types of MCTs. These include:

MCTs are usually extracted from coconut oil but can also be found in dairy and palm kernel oil. Approximately 62 to 65 percent of the fatty acids in coconut oil are MCTs which makes it a popular source for MCT extraction.

What Are The Benefits of MCT Oil?

MCT oil has many benefits and in this article, we’ll take a closer look at 10 of them. Enough research has been done on MCT oil to scientifically back up each of these benefits. Links to the research have been included with superscript [like this] so that you can follow up on any benefits that apply to you.

Not all types of MCT oil are made equal. The various types of MCT oil have different benefits in differing degrees. For this reason, I’ve also included a breakdown of what to look for in an MCT product and I’ll link to to a resource that will help you decide which brand is right for you.

MCTs may also support weight loss through their positive effect on the digestive system. The main ways it supports digestion is similar to some of the positive effects of probiotics.

MCTs have the ability to reduce or destroy unhealthy bacteria, viruses, fungus and yeast. The benefits of this include a healthier immune system, respiratory and reproductive as well as better digestive function.

Metabolic syndrome is a term used to describe a number of conditions that happen simultaneously and increase your risk of heart disease, stroke and type 2 diabetes. The conditions include hypertension, high blood sugar, obesity, and excess weight in the mid region. MCTs protect cardiovascular health by addressing these issues in a number ways.

MCTs have been found to be particularly helpful in assisting with exercise by reducing the lactic acid produced during workouts or athletic activity. When we exercise, our bodies use oxygen to breakdown glucose for energy. If there’s not enough oxygen to complete this task, lactic acid is formed. This can be turned into energy without oxygen; however, it often builds up faster than it can be used. This buildup causes muscle ache, fatigue, cramps, burning, rapid breathing, weakness, stomach pain and even nausea. MCT helps to reduce the buildup of lactic acid.

MCTs convert to ketones which are known to be a great benefit when managing epilepsy and seizures. The ketogenic diet actually began as a way to manage epilepsy.

MCTs have been observed to help some children with autism. Since autism exists on a spectrum, no two children are alike so results, while promising, are not guaranteed. None the less they are worth exploring.

Usually, the body has to go through a complex process of converting fat to energy. The liver is the organ that metabolizes and breaks down fat in order to convert it to energy or store it as fat. MCTs however, don’t need to be broken down. They easily enter our cells and may be used as energy right away.[13] This has a variety of positive effects on the body.

Several studies have shown that MCTs are a powerful way to manage insulin levels.

People with mild to moderate Alzheimer’s disease have been found to benefit from the use of MCTs.

Is All MCT Oil The Same?

The four MCTs each have slightly different benefits, so not all brands or formulas may be the same. To get the best MCT oil for you, it’s a good idea to understand what the four MCTs do.

This MCT has converts to ketones but only a tiny amount is found in coconut oil. It is harsher than C8 and C10 and may even taste bad or upset your stomach. Some cheaper brands may not strain enough of this MCT from the formula, giving it a harsher flavor.

This is an MCT that turns into ketones in only 3 steps and is therefore considered the best for producing ketogenic energy. It is the most potent of the MCTs and is a powerful antifungal agent, fighting yeast in the body. It is the one most commonly used for medicinal purposes and achieving weight loss, due to its potent nature.

This MCT is also packed full of health benefits. As well as having all the benefits of the MCTs, it also converts into monocaprin in the body where it becomes a powerful antiviral and antimicrobial agent. It also converts into ketones, taking only slightly longer than the mighty C8 variety.

Lauric acid is very abundant in coconut oil. In fact, it makes up approximately half of it. On its own, it functions a little more like a long-chain triglyceride because it needs to be broken down and for this reason, it may be more beneficial to consume directly from coconut oil if you are specifically wanting a ketogenic effect. Lauric acid has extremely powerful antimicrobial and antiviral properties and can be a valuable part of the diet.

For a ketogenic effect, it’s recommended to get an MCT with a high amount of C8, which will produce the most ketones. C10 is also a great addition to an MCT formula. Lauric acid and C6 may be best consumed directly from coconut oil as part of a healthy diet.

It’s important to be aware of the source of MCT as well. MCTs are generally found in:

Coconut oil is the most sustainable source of MCTs. They are abundant in this oil, and it is a sustainable source. Palm oil on the other hand is a very controversial source for MCT oil because of deforestation, danger to wildlife and bad treatment of workers.

It’s also important when buying the MCT brand of your choice that you make sure there aren’t any bonus filler oils in the mix.

If you’re looking to uncover which is the best MCT oil for you, I recommend taking a look at Natural Review’s Top MCT Products for 2022. They have in depth reviews that can help you to make an informed choice on the best brands available on the market today. 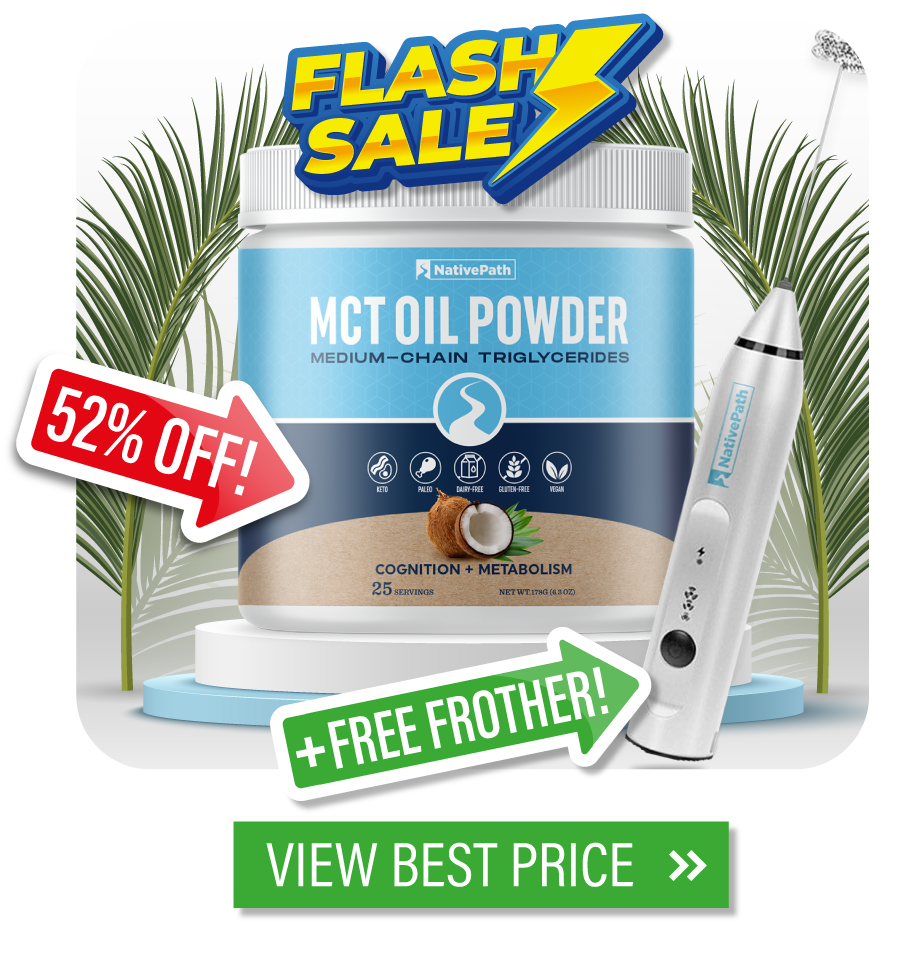